In film, timing is everything. This tool is a rugged and darkroom-safe solution to precise timing needs.

Developing is just subjecting exposed film or paper to a series of chemical reactions. It involves "developing" which brings out the exposed image, "stopping" which halts the chemical reaction of developing to freeze the image, and "fixing" which removes light sensitivity from the medium so it can be viewed in normal light. All chemical reactions are sensitive to quantity, temperature, and time, and different films and developers have different developing time requirements. Develop for too long or too short a time and it changes the quality of the image.

There's a niche category of darkroom timer apps, but I had two key issues with them. First, some offer a "darkroom" mode that turns the interface all red, but that doesn't stop notifications or accidental swipes from interrupting and causing exposure mistakes. And second, darkrooms are wet areas because of the chemicals. That doesn't play nicely with phones.

So, I decided to build my own solution! 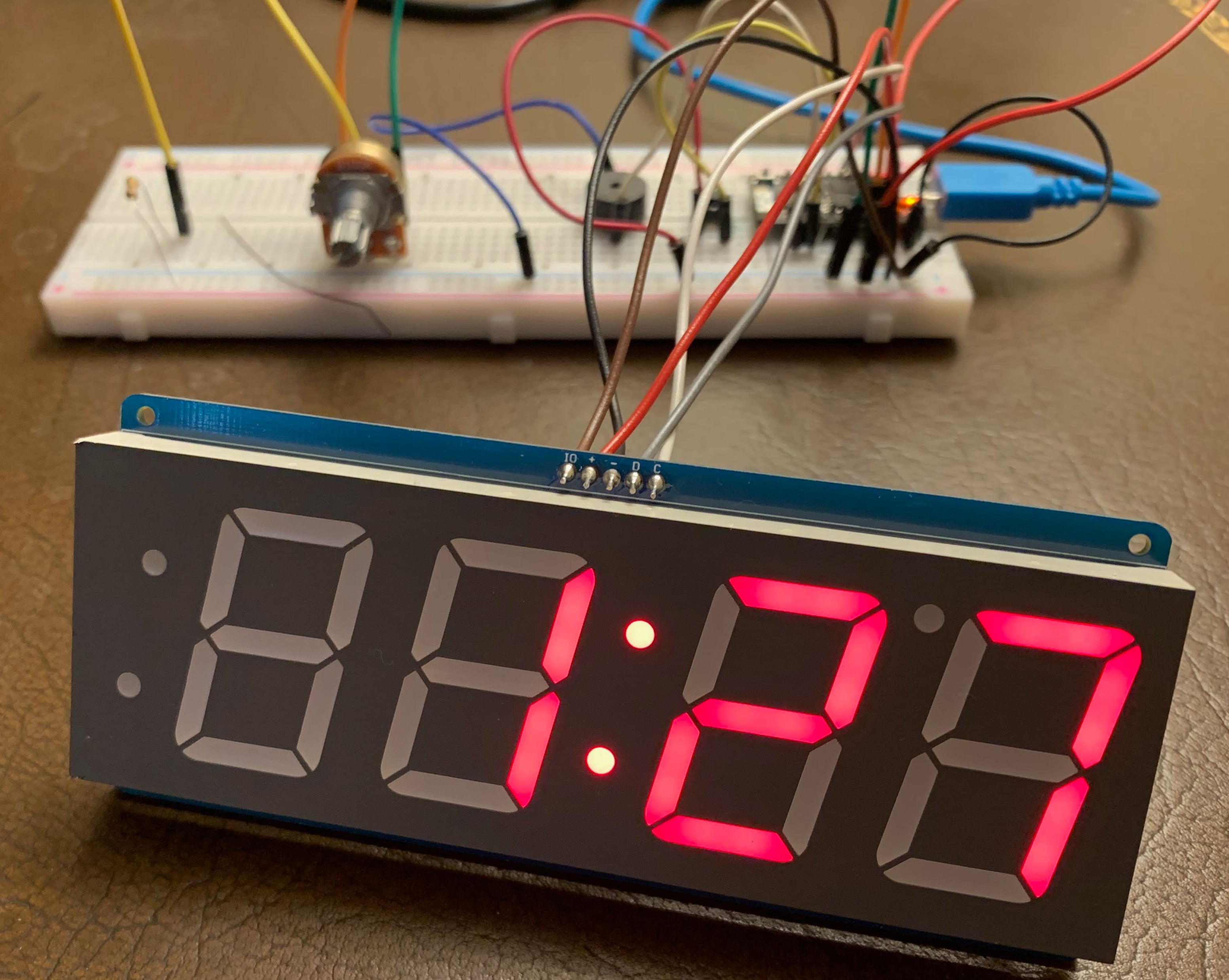 The darkroom timer apps have one key advantage: develop time selection. Because of all the combinations of film, developer, temperature, etc, there are a multitude of options to sort through when developing. I therefore chose to not design any sort of interface for the timer itself - rather I chose to implement the interface as an app and transmit the time selection to the timer using Bluetooth Low Energy.

The timer itself would just need a button to start the timer. After each timer completes, it would advance to the next timer (given that developing is a three-step process, a different timer is needed for each step). 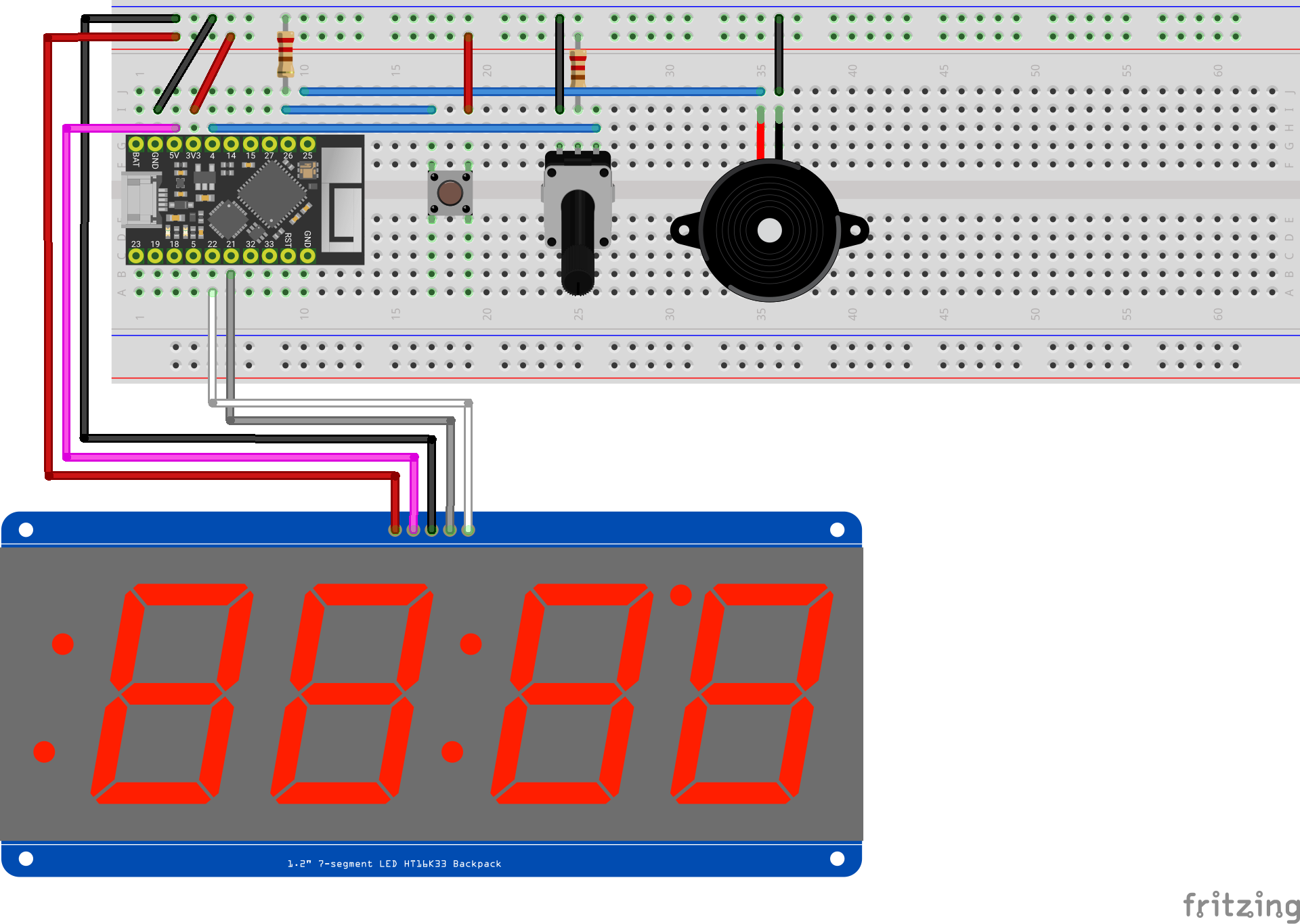 For the timer itself, not having an interface meant it could be very simple: it just needed a four-digit seven-segment display, a button to start/skip the current timer, and a way to adjust the brightness. For the display, Adafruit had a perfect red 1.2inch display that interfaces via I2C. To control the display and receive the times I chose the ESP32-based TinyPico because of its built in BLE module, I2C pins, and analog pins. A momentary pushbutton starts the timer, and a potentiometer connected to an analog pin sets the display's brightness. A buzzer also sounds when each timer completes. 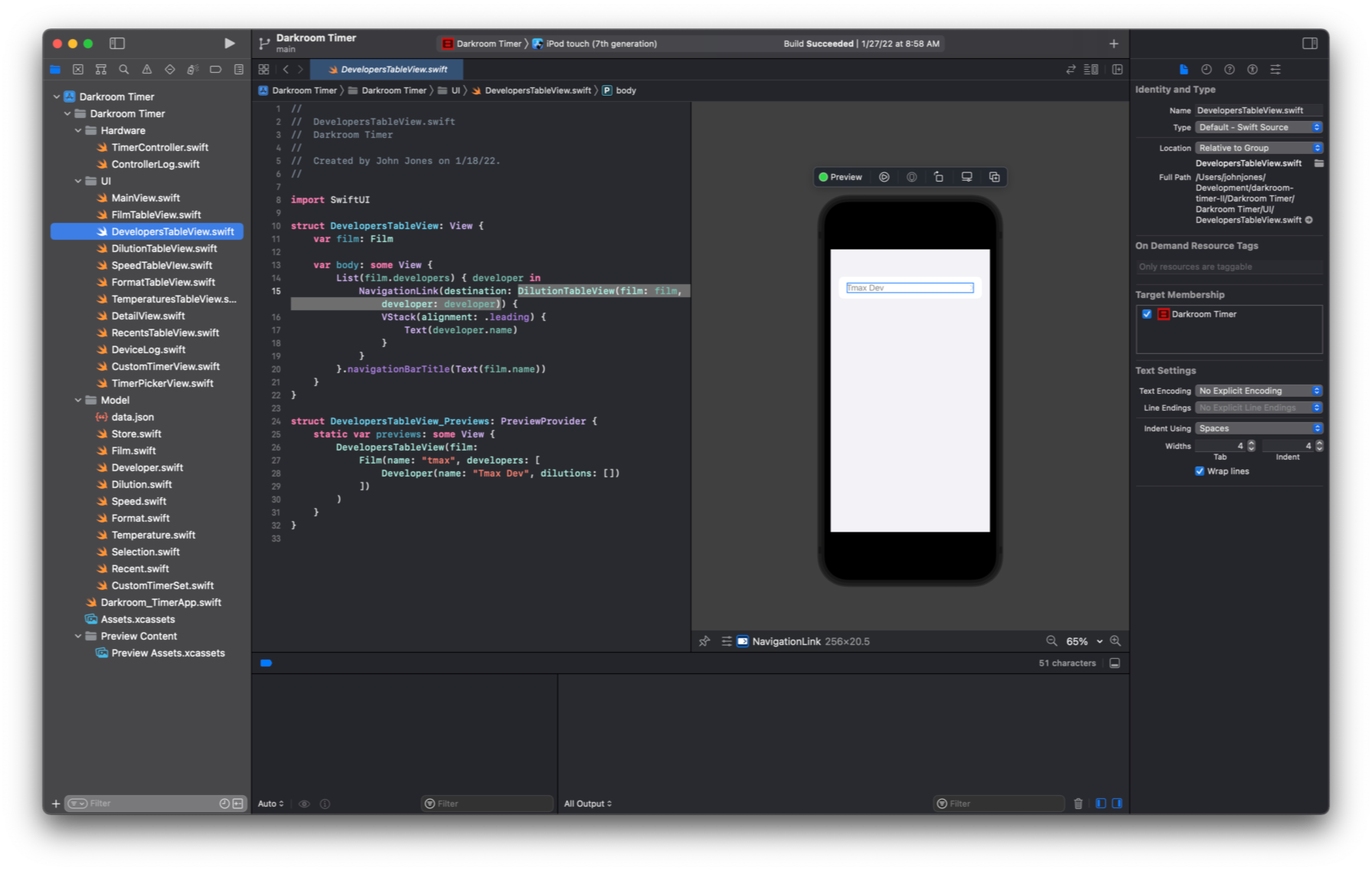 The data from the app comes from a film community website that has an extensive database of films and developers. This was my first project using the new(ish) SwiftUI interface design feature in iOS development, and it made wiring up the data models to a series of drilldown tables an absolute breeze. It doesn't seem to have all the customization options of the long used UITableView but for simple needs it is far better. In the app, I also added the ability to define a custom sequence of timers as well.

View the full code on GitHub 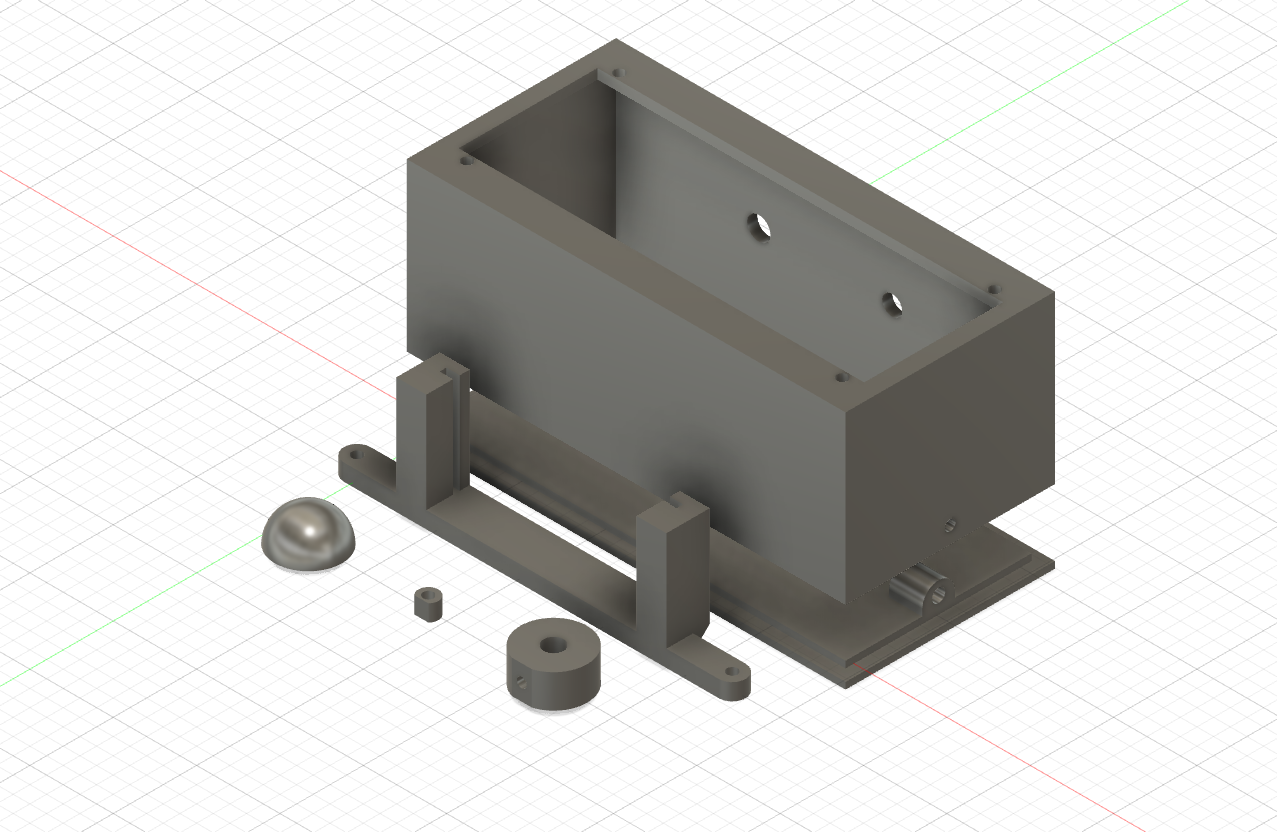 I modeled the enclosure in Fusion360. The parts are: