AWS Honey Code is Visual Basic for a New Generation, and that's a Good Thing 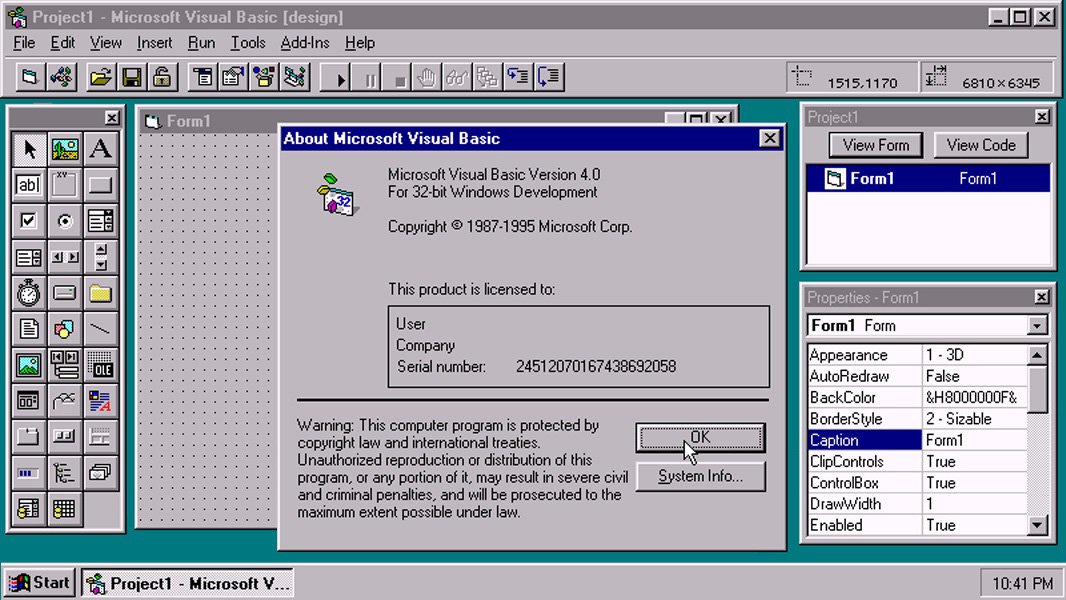 My first job as a software developer, as it is for many, was as an intern. It was a B2B data transformation software shop that still supported old IBM mainframes and also offered a newer Java Enterprise Edition version of the platform with software teams supporting both. As an intern, I reported the "Director of Special Projects," a guy who did exactly what that sounds like: whatever needed to be done that didn't fall precisely into any other departments' purviews. He was a good boss and always found interesting projects for me to tackle, but, more importantly for this story, he was a Visual Basic wizard. Sales needed a custom reporting system? VB can do that. HR needed an internal tool to track and categorize contractor hours? VB can do that. Professional Services needed a new cost estimator? Yep. VB. While this attracted endless, but good-natured ribbing from the engineering team, his little VB projects filled in the gaps quickly and did a just-good-enough job to keep the company's gears moving at little cost. As Amazon rolls out its new Honey Code platform, I see a lot of hand wringing from the developer community, but we should welcome this tool. Just as VB did, it empowers enterprise users to build quick solutions to very specific problems and keeps engineering teams focused on shipping products.

There's a touch of elitism that crops up when new tools like Honey Code come along, and I've absolutely launched criticisms at such platforms in the past. We often see new tools like this targeted at non-technical founders as a tool for getting their MVP out quickly and without that burdensome expense of engineering talent. They fail to mention that all that work will be lost when you eventually have to hire some engineers to code up v2. These tools rarely properly offer customization and code-addons that allow for extensibility pass what the core service can provide. (And who'd handle building that extension when there're no engineers!?) These tools are just too limited and ill suited to be seriously considerable as a tool to build a startup's MVP.

But Amazon has taken a different approach with Honey Code. They're not pitching snake oil to founders here; that's something Amazon needs to concern itself with. Instead Amazon is positioning it as a key tool for mission critical processes that would otherwise fall back on unreliable spreadsheets. That's what my old Director of Special Projects showed me with his VB prowess. These aren't products shipping out to customers; their "good enough" interfaces get the job done.

Why not just have a dev team tackle these problems? Wouldn't that make the resulting application more manageable and scalable? Maybe. Some enterprise problems are extremely critical in the moment but don't exist long enough to rationalize a dev team taking the time to produce a platform. That's why the solution is often just a simple spreadsheet; it gets the job done quickly. Dedicating valuable and scarce developer time to something just doesn't make sense, but what does make sense is training up a few tech-savvy team members on Honey Code. It solves problems. It saves time.